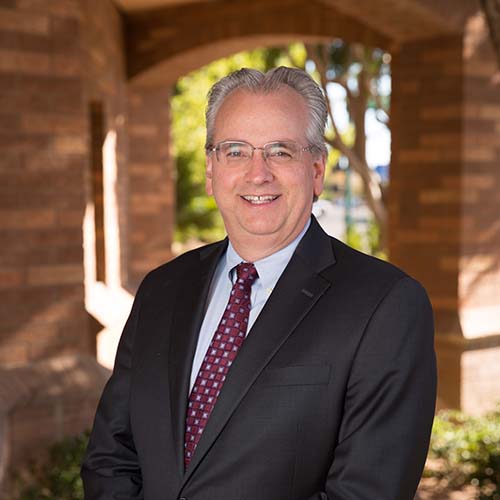 Mike earned his undergraduate degree in economics from Brigham Young University in 1984. He then attended the J. Reuben Clark Law School at Brigham Young University where he graduated in 1987. For 10 consecutive years, Mike has been named to the SuperLawyer list as a prominent Employment Law Attorney each year since 2013. He has been named a Top 10 Wage and Hour Trial Lawyer by the National Trial Lawyers Association. Additionally, since 2018, Mike has been named a top attorney by Best Lawyers in the practice of Employment Law.

Mike often speaks to students at Sandra Day O’Conner School of Law regarding employment and labor law. When Mike isn’t working, he enjoys cooking and spending time with his children and grandchildren.

JacksonWhite Law offers a full range of legal services to assist individuals, families and businesses in achieving success through out the state of Arizona on a wide range of legal matters.

The information provided on this website does not, and is not intended to, constitute legal advice; instead, all information, content, and materials available on this site are for general informational purposes only.

Serving All of Arizona